Search for a company in Munich
Advertisment 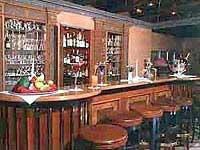 The Golden Tulip Hotel Olymp is a four-star, three-storey hotel in northern Munich, between the airport and the city centre. The hotel incorporates traditional Italian and Bavarian design, with carved wood and rich painting; it was renovated in late 2009. The hotel has three restaurants, and meeting rooms for business and social events. The property is non-smoking. The property is about 10 km from the Allianz-Arena, and 14 km from the airport. The hotel is part of the Golden Tulip Hospitality Group.

Create & Share your Guide to Munich with friends and family!