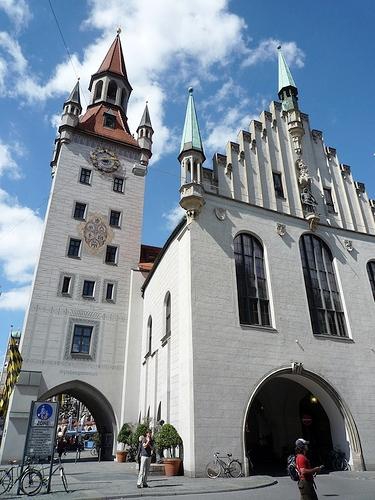 Munich´s old town hall was built between 1470 and1480 in a late Gothic style by Joerg von Halspach.

In the late Renaissance and early Baroque periods many changes were made to the building, but in the 1860s, it was reconverted back to its original Gothic splendor. 1877 and in 1934 two gateways were created to allow traffic to pass through the building.

The interior of the old town hall offers several masterpieces of medieval design, such as the artistic carvings of the ceiling, covering the great hall with heavy wooden beams.

Today the building houses Ivan Steiger´s Toy Museum. The museum shows the history of toys from the early 19th century toys up to the current modern ones.